The Landscapes of Conquest team aims to study the transformation of cultivated ecosystems formed as a result of processes of conquest and Christian colonization in the Iberian Peninsula (al-Andalus) from the 12th century to modern times, with a special focus on the Mediterranean side and particularly in the territory of the medieval kingdom of Valencia. In order to describe these changes, we propose to analyse some demographic, technological and social factors in the following three cases:

The research strategy is based on the combination of three working methodologies. First, the systematization of archival records, which are immensely rich in the area of the medieval Crown of Aragon. Second, the analysis of landscape morphologies in order to identify: land partition procedures, the dynamics of clearing and ploughing, the characteristics of the creation and reorganization of hydraulic networks, and the nature of the techniques that were applied. Finally, the analysis of soil and organic matter samples, which will provide environmental and chronological information and will allow a more complete reconstruction of medieval agricultural ecosystems.

The team’s name is inspired in Thomas F. Glick’s book Paisajes de Conquista (a modified Spanish version of the book From Muslim fortress to Christian castle by this author).

The Kingdom of Valencia in the Middle Ages 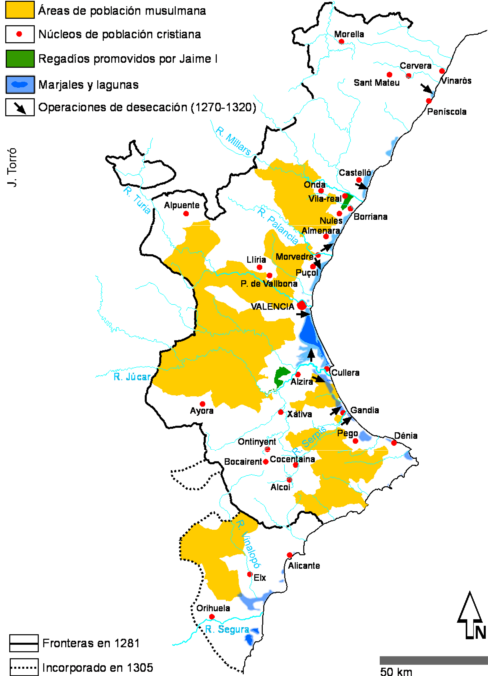