Agriculture and Irrigation. The Iberian Peninsula and Central Asia Confrontation 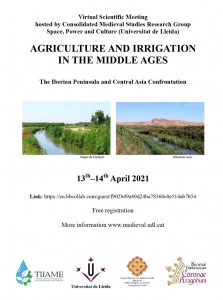 Last April 2021 the virtual meeting “Agriculture and Irrogation in the Middle Ages. The Iberian Peninsula and Central Asia Confrontation” took place, organized by the Consolidated Group of Medieval Studies Space, Power and Culture of the University of Lleida in collaboration with the Tashkent Institute of Irrigation and Agricultural Mechanization Engineers-TIIAME (Uzbekistan). Here you can see the full program.

Among others, Enric Guinot, a member of Landscapes of Conquest, participated with the presentation “Irrigation in Transition at 13th century. From al Andalus, Feudal World in Medieval Valencia tone”. 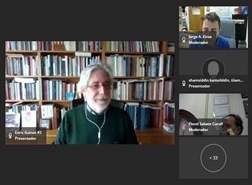 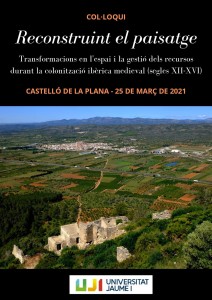 Due to the Covid-19 pandemic, there were no audiences in the room, but it was broadcast online with notable public success. In addition, the presentations were recorded and are uploaded on YouTube at your disposal. 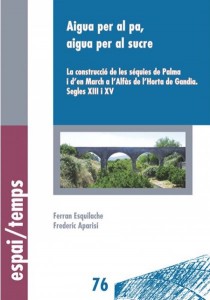 On January 17, 2020 the work ” Aigua per al pa, aigua per al sucre. La construcció de els séquies de Palma i d’en March a l’Alfàs de l’Horta de Gandia” was presented, published by the University of Lleida at the end of 2019.

The two authors, Ferran Esquilache (member of Landscapes of Conquest) and Frederic Aparisi, participated in the presentation. Likewise, the event was opened by the municipal archaeologist of Gandia and director of the host museum, Joan Negre.

The book is a study of agrarian archeology that combines the use of medieval written sources and morphological interpretation on two hydraulic systems of the Huerta de Gandia. It is the Alfaç de Palma Canal, built in the 13th century for the installation of Christian settlers in the villages of Palma and Ador, and secondly the En March’s Canal, built in the 15th century by the well-known poet Ausias March, who was lord of Beniarjó, to promote the sugar cane plantation. Despite the chronological distance between both systems, both are characterized by being constructions that are explained by their feudal character, driven by lords in order to increase the production of their vassals and, therefore, increase their rent extraction.

If you are interested in this book you can buy it here.

New dossier about irrigation in Andalusian times from Afers journal 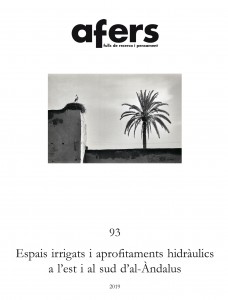 The journal Afers. Fulls de recerca i pensament has just published its number 93 (end of 2019), which includes a dossier dedicated to irrigation and hydraulic uses in Andalusi times that has been coordinated by Ferran Esquilache, a member of Landscapes of Conquest. Below is the list of articles published, and in this link you can buy the magazine if it is of your interest. 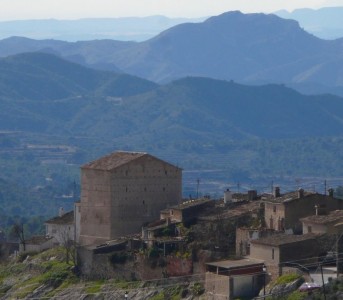 Javier Martí, director of the Museum, who acted as host, first intervened. Then Enric Guinot spoke as co-director of the Càtedra de l’Horta de València, which organized the event. In third place Josep Torró spoke, who made the presentation itself and explained the particularities of the book. And, finally, the author, who made an informative summary of the content.

Below is the video with the entire act, in case it is of your interest: 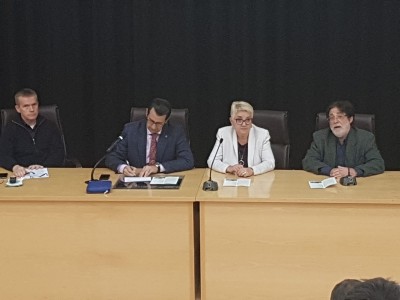 Recently, the new “Catedra de l’Horta -Territori Metropolità” of the University of Valencia, financed by the Valencia City Council, has been presented, of which Professor Enric Guinot, from Landscapes of Conquest, has been appointed co-director.

In the presentation session at the Faculty of Geography and History of the same university, the councilor of Horta in the City Council, Consol Castillo, the vice-dean Jorge Hermosilla, and the two new co-directors, the medievalist historian Enric Guinot and the geographer Joan Carles Membrado participated.

Here you can see the new web page with all the resources it includes about the Huerta de Valencia. 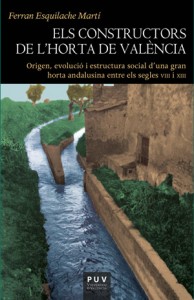 A new book by Ferran Esquilache, a member of Landscapes of Conquest, has just been published. It is the result of his doctoral thesis. It is “Els constructors de l’Horta de València. Origen, evolució i estructura social d’una gran horta andalusina entre els segles VIII i XIII” (2018), published by Publicacions de la Universitat de València.

At this link you can see the index of the work and it can be purchased, both the paper version and in e-book. You can also see a trailer on Google books here.

Power and Peasant Communities in al-Andalus and Maghreb 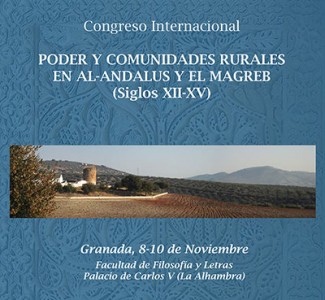 Between November 8 and 10, 2018, the Congress “Power and rural communities in al-Andalus and the Maghreb (12th-15th centuries)” was held at the University of Granada, organized by Adela Fábregas and Alberto García Porras. Josep Torró and Ferran Esquilache, from Landscapes of Conquest, have participated.

It is possible to see the complete program in this link. 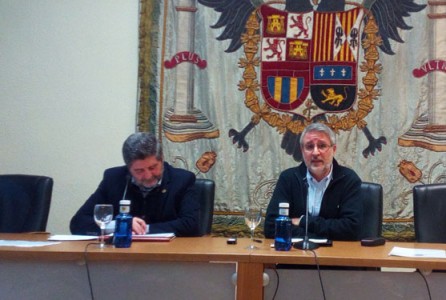 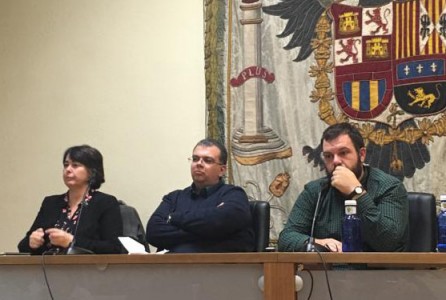 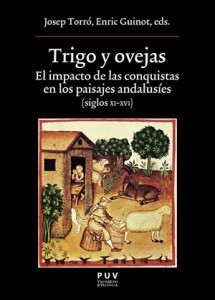 At this link you can see the index of the book and buy it. 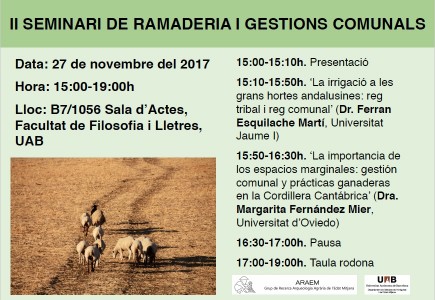 Settlement and agrarian landscapes in the gulf of Valencia 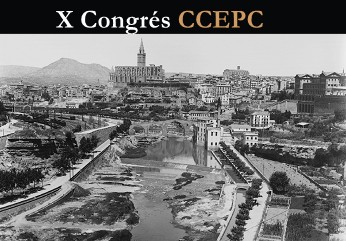 Between October 21th and 23th 2016 Manresa, in Catalonia, will be hosting the 10th Conference of the Coordinadora de Centres d’Estudis de Parla Catalana, as this year is about to “Resources and territory. Historic Perspective and news balances“. 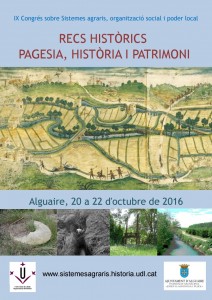 Between October 20th and 22th 2016 the village of Alguaire, in Catalonia, will be hosting the 9th Conference about Agrarian systems, social organization and local power, as this year is about to “Historic Irrigation: Peasants, History and Heritage”.

In March 2016 the new research project of the group “Toponimia, Historia y Arqueología del Reino de Granada”, from University of Granada, was presented in the village of Padul, in Granada. Undoubtedly, this project is called, in the coming years, to be a leader in research on landscape archaeology from Al-Andalus and wetlands in particular.

You can see the full program here. 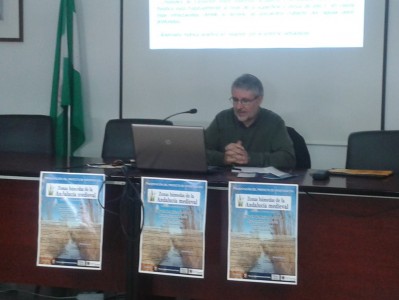 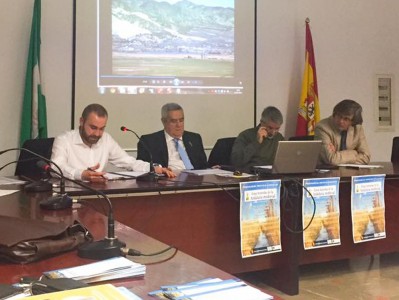 Last January 15th 2016 Ferran Esquilache, collaborator in this research group, read his Thesis at the Faculty of Geography and History of the University of Valencia. It was entitled “Els espais agraris i l’estructura social d’una gran horta fluvial andalusina. La construcció i evolució de l’Horta de València entre els segles VIII i XIII” (Title in English: “The Agrarian Spaces and Social Structures from a Large Andalusian Irrigated Area. Building and Evolution of the Horta of Valencia between 8th and 13th centuries”), and it was supervised by Ph. Doctor Enric Guinot. The tribunal was composed of Ph. Doctor Antonio Malpica Cuello as president, from University of Granada, Ph. Doctor Helena Kirchner as chair, from Autonomous University of Barcelona, and Ph. Doctor Josep Torró as secretary, from University of Valencia. This thesis was qualified with the grade Summa cum laude.

It has been a long time that hydraulic archaeology has proven to be an indispensable methodology for the study of Andalusian society. This thesis intends to apply it in a large fluvial huerta of Andalusian origins in order to analyse, from physical structures such as hydraulic systems and settlements, the characteristics of that society, and to see how it evolved over the time before the Christian conquest of the thirteenth century. The research shows that it was a tribal society, as defined by Pierre Guichard over 35 years ago, and that is clearly reflected in the morphology of hydraulic systems and spaces that formed the Huerta of Valencia at that time. The dissertation has also addressed the role of the city of Valencia and the various Andalusian states in the configuration and evolution of that vast suburban hydraulic area. 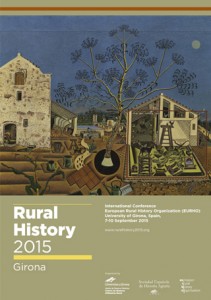 Between September 7th and 10th the city of Girona (Catalonia) will be hosting the Rural History 2015, the great meeting about the European Rural History. We can see hear the website and the complete program in pdf.

Extraction of soil samples in the wetland of Peniscola 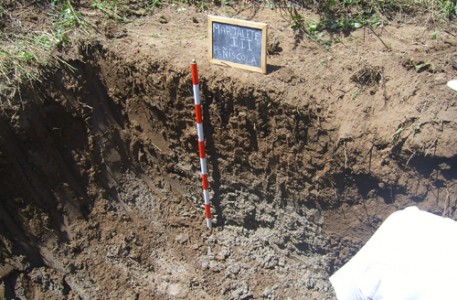 Now you can see in the Gallery the photographs of trial pits we did in the month of June 2015 in the wetland of Peniscola to extract soil samples, with the intention of dating its dry and the built of the agricultural plots. 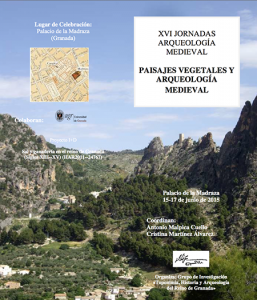 In June 15th and 16th 2015 the University of Granada will be hosting the 16th Conference of Medieval Archaeology. Every year it’s organized by the research group “Toponimia, Historia y Arqueología del Reino de Granada”, run by Antonio Malpica. This year will be about vegetal landscapes in medieval context. You can see hear the program in pdf (Spanish).

Extraction of soil samples in horta of Montcada 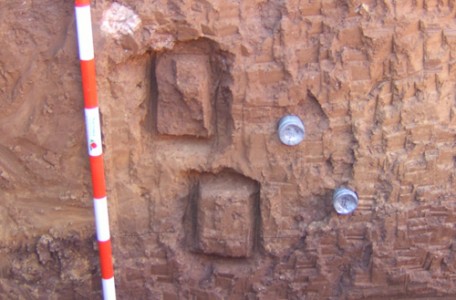 Now you can see in the Gallery the photographs of trial pits we did in the month of January 2015 in the irrigated area of Montcada-Benifaraig (Horta of Valencia) to extract soil samples, with the intention of dating the built of the agricultural terraces. 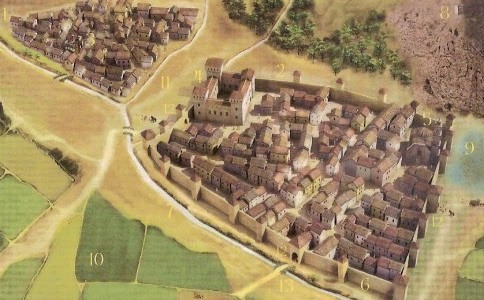 In February 25th 2015 Josep Torró is going to take part in the Seminar 2014-2015 of the Group of Research in Empires, Metropolis and Extra-Europeans Societies (GRIMSE), on the Pompeu Fabra University of Barcelona.

Lydia Castan gave a lecturer in Algemesí (Valencia) about the Hydraulic Archaelogy in this area. Her work is based on the study of the Séquia Reial de Xúquer. BercaTV News offers this report (in Catalan).

Land Use and Management in Western Europe 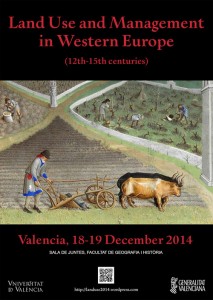 On the 18th and 19th of December of 2014 the University of Valencia will be hosting an international seminar on Land Use and Management in Western Europe (12th-15th centuries), the first of a series of meetings among medieval historians from various European countries interested in rural history. This series originates from a meeting held in Valencia in January 2014 with the goal of sharing the results of a research carried out in the last years by groups from different countries of Western Europe, from the UK to Italy, from the Netherlands and Belgium to France and Spain, on the rural world in the late Middle Ages, as well as to develop a common agenda for the coming years, which includes as a featured aspect seminars on specialized topics.

Enric Guinot and Josep Torró take part with the paper: “From the Conquest Large Donations to Plot Fragmentation: Emphyteutic Exploitation and Market of Rents in Valencia (13th-14th Centuries)”.

You can see more information in the conference’s web.

Between the 25th and 27th of September 2014, the Conference Irrigation, Society and Landscape will be held at the Polytechnic University of Valencia. The meeting aspires to bring together all those researchers and professionals interested in traditional irrigation, in order to discuss and reflect on the past, present and future of these natural and cultural systems.

You can see the program and all papers in the conference web.

Enric Guinot and Josep Torró take part in a round table about Irrigation History and Hydraulic Archaeology.

Josep Torró give a lecture on May 3th 2014, in the Archaeological Museum of Alicante (MARQ) about the Torre de les Maçanes. 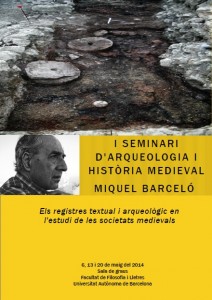 Josep Torro takes part in the 1st Seminari d’Arqueologia Medieval Miquel Barceló. It will be in Autonomous University of Barcelona, May 6th, 13th and 20th 2014. 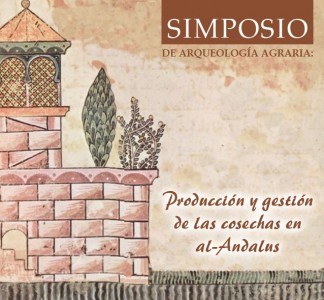 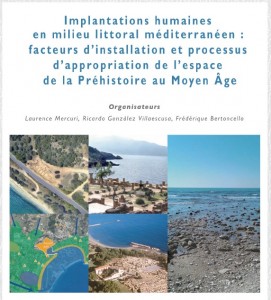 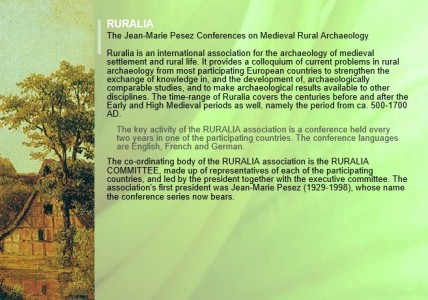 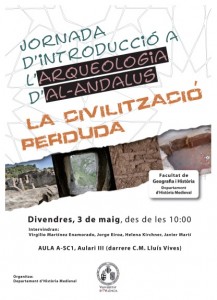 DAY OF INTRODUCTION TO ARCHAEOLOGY OF AL-ANDALUS

Antoni Mas in the University of Valencia

Friday April 20th 2012 Antoni Mas Fornés takes part in the Seminar of Medieval History at the University of Valencia, with a conference entitled “Colonització feudal i canvi paisatgístic a Mallorca”